The Background of Meditation 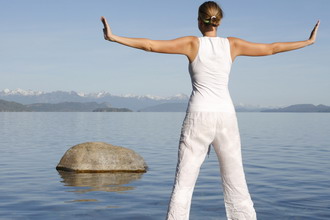 Meditation generally refers to the state of concentrated focus on an object of thought or awareness. The background of meditation stems from the aim to get into a higher state of consciousness. It is usually based on ancient beliefs that make up the component of eastern religions. Its practice has bee going on over 5,000 years.

When it comes to meditation, different beliefs hold different spiritual and psychological practices in order to develop or achieve a higher degree of mental consciousness and awareness. Many religions have developed their own method and technique of meditation that allows their adherents to arrive at a higher state of consciousness.

The differences of the techniques used may be classified according to their focus. There are certain techniques that focus on a certain perception or experience. While there are others that focus on a specific object to achieve a higher consciousness. There are also some forms of meditation that combine the use of open focus and the use of a specific object for focus in their practice to achieve a higher state of consciousness.

One of the popular religions known to practice meditation is Hinduism. It is considered as the oldest religion that focuses on meditation as a spiritual and religious practice. There are several forms of meditation that are practiced in the different Hinduism sects. The principal of them is the Yoga, one of the six schools of Hindu philosophy. It provides several types of meditation that Hindu believers and even a number of Western adherents have learned to practice.

In Hinduism, the object of meditation is to achieve a calm state of mind. In the Yoga Sutras, there are five different states of mind being described. There is the Ksipta which describes an agitated state of mind that is unable to think to listen or remain quiet. Then there is the Mudha. A state of mind where no information seems to reach into the brain. The Viksipta is considered as a higher state of mind where information may reach the mind, but it is not able to process it. In this state, the mind moves from one thought to another and in a confused inner speech.

Read also:  Free Webinar: Learn How To Transform your Mind and Body

The Ekagra is another higher state of mind characterized by calmness but not asleep. This state allows a person to stay focused and pay attention. Probably the highest state that a mind can achieve is in Nurodha. In Nurodha the mind is no longer disturbed by erratic thoughts. It completely focused and totally centered in what a person is doing. This will provide you with a basic background of meditation that will allow you to understand better how it is being practiced.