Believing In The After Life Has Many Benefits

Home » Self Development » Believing In The After Life Has Many Benefits 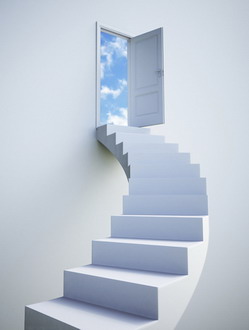 My nan was one of these people who felt certain that there was a life beyond this one. I will explain why she had this belief. She was a remarkable character who was seemingly not afraid of anything.

I have to say that I have never really had any clear idea of whether to believe or not to believe, in the after life. I certainly believe that there is a God and that there is only one God. Whether this is correct, I will no doubt find out at a later date.

One day, I had a strange experience. I went to visit my nan who lived in a flat on her own. Her husband (my grandad) had died around fifteen years before from a heart attack. I would ensure that I would go to visit my nan at least once a week. It was not exactly a chore as she was a very funny and interesting person.

On this particular day she started to talk about her health and explained to me that she was sure that she did not have long to live. She had a number of health problems as I am sure many people in their eighties do. These issues were gradually becoming worse and made her believe that the end was near. As it happens she was correct.

Read also:  Change Is The Prelude To Growth

I tried to convince her that she was wrong and that in fact she would live until she was a hundred. I advised her that I felt she should be more positive and to keep her chin up. She noticed that I was a little worried and told me not to panic and that she knew that she was heading for a better place.

What are you on about? I asked. She continued that she knew for a fact that there was an after life and that she was actually looking forward to going there. She was not afraid of dying and had basically had enough of life, as she was always tired and had very little to look forward to.

How do you know that there is an after life? Do not be alarmed, Steve, she said. Your grandad comes and visits me every week and has told me all about it. I know it is hard for you to believe but it is true. When I die Steve, do not be too upset for too long. Be happy for me and be safe in the knowledge that we will meet up again in the future.

My nan died around six months later and I really hope that she has been able to once again meet up with my grandad and other people like her parents of course.

Having a belief in the after life gave my nan a piece of mind and something to look forward to. It also made her not have a fear of death.

I have to admit that I know also believe in the after life, however I am in no rush to go there as yet. I have many more articles to write first!